I was also able to attend the artist talk by Ken Smith about his exhibition and method. I have been following Ken’s career for a while now (long before he was my supervisor at Monash). As an art collector (okay I only have few pieces), I get very excited when I see artwork that is amazing and I get even more excited when I find out that the prices are quite reasonable (because the secret of the artist's awesomeness isn’t out yet). So if you want to get a hold of his work I highly recommend to do it sooner rather than later.

So a few key things I took from Ken’s Artist talk:

– Digital screen cannot interpret as many colours as the naked eye

– Ken worked in an artist paint factory (where they create and mix paint) when he was younger which taught him a lot about how to mix colour.

So what did I take out of this wonderful show/talk? Yes, colour is not the same on the screen (*sigh* the difficulty of photographing this show… the photos just don’t do the work justice) this show must be seen in person to see the subtlety of the colour and light he creates.

Also, Ken will be running an exciting painting workshop on January 28th 2015, see here for details.

Please enjoy the following photos from the exhibitions: 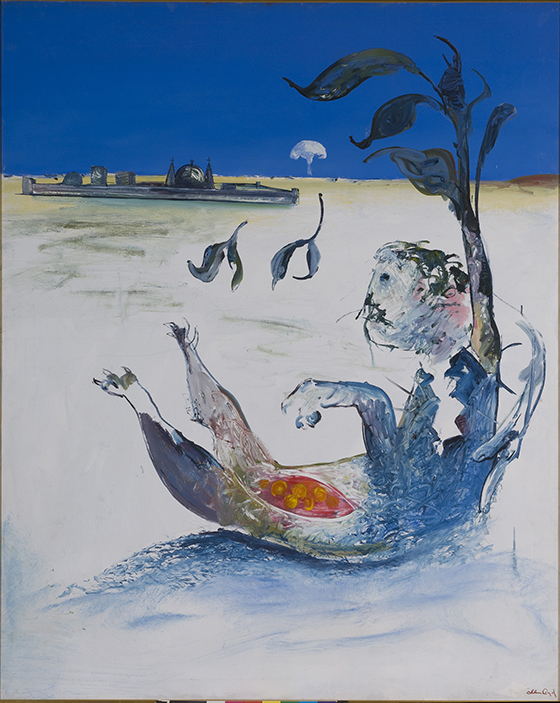 Arthur Boyd, Jonah on the Shoalhaven – outside the city, 1976,oil on canvas, Bundanon Trust Collection (Image provided by the gallery)